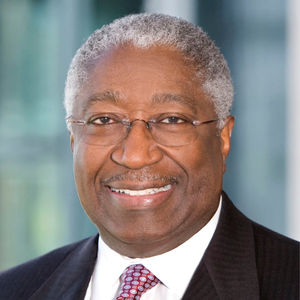 Joshua Martin is senior counsel at the law firm of Potter Anderson & Corroon. He concentrates his law practice on mediation and arbitration.

He taught ADR at Widener Law School from 1986-1995 and judicial mediation at the National Judicial College from 1988-1990. He is a member of the AAA Commercial Panel of Neutrals, the CPR Panel of Distinguished Neutrals and was on the Special Master Panel of the U.S. District Court in Delaware. He is a Fellow of the College of Commercial Arbitrators.

Prior to joining Verizon, Joshua Martin was a Delaware Superior Court Judge. Earlier, he was chair of the Delaware Public Service Commission. After obtaining his law degree, Mr. Martin joined Hercules, Inc., as a patent attorney. Mr. Martin began his professional career as a physicist at the DuPont Company

Mr. Martin earned a bachelor’s degree in physics from Case Institute of Technology, is a graduate of the Rutgers University School of Law, and completed the Wharton School Executive Development Program.