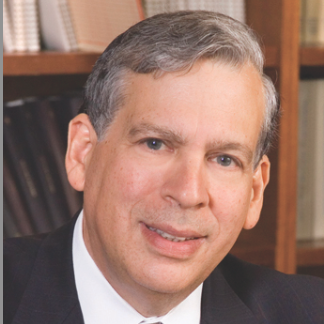 Michael H. Diamant received a B.S. in Engineering with high honors from Case Western Reserve University, and a J.D. cum laude from Harvard Law School. He is retired at the end of 2016 as partner, and remains Of Counsel at Taft Stettinius & Hollister LLP in its Cleveland Ohio office to complete a few ongoing cases. As a partner he was a member of its Litigation and IP Practice Groups. He has litigated at all levels of state and federal courts in Ohio and around the country including the U.S. Supreme Court and tried numerous jury and non-jury cases both criminal and civil, including defending three of the National Guardsman in the Kent State Criminal Trial and multiple engineering and business disputes. With respect to technology he has tried cases in courts or before arbitration panels involving progressive die design, eddy current heat treating systems, tunneling machines, polymer patents, mine roof supports, as well as, a variety of business disputes. As a counselor to software and technology companies, Mr. Diamant was involved from the very beginning of the development of software law serving on an ABA subcommittee that developed the form software license agreement that is the basis for most software licenses today. He also was an active member of the Computer Law Association (now the ITech Law Association) from its beginnings in the 1980s. With his background in engineering and physics, he has advised companies and individuals in multiple technology businesses including software, hardware, polymers, complex machine and mechanical and electronic system design and manufacture, medical devices, metallurgy and materials, mining and geology, avionics, and optics.

He serves as an arbitrator and mediator for the American Arbitration Association, the International Centre for Dispute Resolution, and the International Institute for Conflict Prevention & Resolution, as well as for local federal and state courts. He focuses on engineering, technology and IP disputes as well as complex business disputes. He has been an arbitrator and mediator for over 40 years. As an arbitrator, he has decided cases around the country involving computer software (e.g. enterprise software implementation failures, license disputes, copyright), atomic layer deposition furnaces, aluminum reprocessing plants, cardiac and vascular implants, large enterprise software systems, co-generation facility rates, aircraft engine failure, construction contracts, and patent licenses and infringement, among other technical and business disputes. As a mediator, he assisted parties in resolving disputes involving computer software, trademarks and trade names, polymers, building design and construction, patents, technical specifications for mineral additives for coatings, software, as well as numerous business disputes. He is on the Large Complex Commercial Panel and the Technology/IP Panel of the American Arbitration Association and the International Centre for Dispute Resolution, the Panel of Distinguished Neutrals of the International Institute for Conflict Prevention and Resolution (CPR), the TECH List of the World’s Leading Technology Neutrals of the Silicon Valley Arbitration and Mediation Center, and serves on its Executive Committee. He is also a Fellow of the College of Commercial Arbitrators and a Fellow of the Chartered Institute of Arbitrators (London, England).

Recent publications include, ADR in Science and Technology Case, A Better Way, in the AAA’s Dispute Resolution Journal, Vol. 70, No. 1, p. 77, multiple articles in the Cleveland Metropolitan Bar Journal on Tech ADR, and is the lead co-author of a chapter, Arbitrating Technology Cases: Considerations for Business People and Advocates in a book recently published by the ABA titled, ADR Advocacy, Strategies, and Practices for IP and Technology Cases. Ed. Harrie Samaras, Chicago: ABA, Section of Intellectual Property Law, 2017. pp, 359-418.

In addition to his involvement in Bar Association activities, Mr. Diamant continues to be involved in engineering and science Education at Case Western Reserve University (CWRU), where he served on its Visiting Committee for Undergraduate Education, was the founding Chair of the Visiting Committee for the Case School of Engineering, serving in that role for eight years, served as President of the Case Alumni , where he is a Life Member of its Board and currently serves on the Case Advisory Board, the Case Alumni Association Board, and the Case Alumni Foundation Board. He is a regular attendee and received multiple certificates from CWRU’s Origins Science Program. Each seven-week session focuses half on physics (astrophysics, particle physics, astronomy, and cosmology) and half on biology (evolution, genetics, and medicine.

Contract dispute between owner of a cogeneration facility and a power transmission company. (sole arbitrator)

Alleged defects in enterprise software for an internet bank and resulting in failure to pay for the software. (chair)

Electricity rate dispute based on contract between co-generation facility and utility. (sole arbitrator)

Contract dispute regarding quality of mined limestone for use in a flow-bed boiler. (panelist)

Design and performance dispute regarding contract for design and construct of a large web printer system. (panelist)

Contract dispute regarding quality, including clarifying specifications as to allowed impurities and particle size and developing methods of testing for mined materials for additive to industrial coatings.

Trademark dispute regarding color of construction membranes between international chemical and construction materials company and a new startup.

Dispute between national trucking company and purchaser of hundreds of truckloads of salvaged goods.

Dispute between architects as to copyright and attribution rights to the design of large-scale award winning urban redevelopment.

Representative Litigations and Arbitrations as Advocate:

Represented major defense contractor in litigation regarding dispute as to design and ownership of computerized avionics system.

Represented multiple software developers in arbitrations regarding software compliance with contract and specifications.

Jury trials regarding design and operation of complex progressive dies for the automobile industry.

Arbitration regarding operation and design of tunnel boring system.

Arbitration regarding operation and design of pipe jacking equipment.