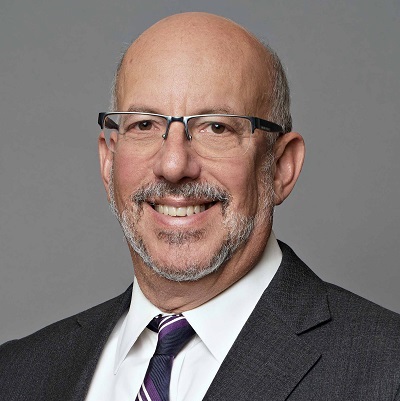 Steve Bauer is a Fellow in the Chartered Institute of Arbitrators. For more than 40 years, Steve has helped parties resolve disputes related to technology, life sciences, intellectual property, and license and collaboration agreements. Although based in Boston, Steve’s practice is international. Steve is vice-chair of the ADR Committee of AIPPI, the largest international IP law society.

Steve joined JAMS in 2020, after a career in private practice (and 35 years on AAA and ICDR panels), including 17 years at Proskauer, where he co-chaired its IP Litigation practice. While in practice, Chambers annually ranked Steve as one of Boston’s top-five IP trial lawyers; IAM named Steve an IP Global Leader; and SuperLawyers thrice named Steve one of Boston's Top 100 lawyers.

Until recently, Steve taught MIT's undergraduate course on intellectual property, and Boston University Law School’s IP trial advocacy class. Steve currently is on the Board of, and was Counselor to, the Boston IP Inn of Court.

Steve earned undergraduate and graduate degrees from MIT in electrical engineering and computer science, with a biomedical focus. He started his legal career as a law clerk to Judge Philip Nichols, Jr., at the Federal Circuit Court of Appeals in Washington, D.C.

Steve is an IFR-rated pilot.