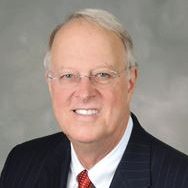 William H. (Bill) Baker is a well-recognized international and domestic arbitrator, with more than 40 years of experience, who has served as a neutral in over 100 arbitrations, some with claims exceeding $1 billion. He is also a certified mediator who has mediated numerous disputes of all types. He has been listed many times in Best Lawyers in America for “International Arbitration.” He is a Fellow of the College of Commercial Arbitrators, a Fellow of the Chartered Institute of Arbitrators, and is currently on the Board SVAMC. Mr. Baker taught international arbitration and mediation for five years at Cardozo Law School and is a Past Co-Chair of the International Litigation and Arbitration Committee of the ABA.

Before deciding to devote himself full-time to his arbitration and mediation practice, Bill was a patent litigator and arbitrator in the New York office of Alston & Bird. During his tenure at Alston, Mr. Baker was selected by Corporate America Legal Elite as "Best in Intellectual Property Litigation – New York." Before Alston he practiced in the New York office of Ropes & Gray.

Mr. Baker’s previous positions, before being recruited to New York, include practicing as a partner for 20 years with the Boston firm, Nutter, McClennen & Fish. He is a graduate of Harvard Law School and Yale University.